It would certainly appear they are the consumers’ champion.

We congratulate The Motor Ombudsman on their first birthday and are pleased to read the positive news informing us they have received 40,500 contacts from consumers and raised 1900 cases during their first year. It would certainly appear they are the consumers’ champion.

However, to draw any sensible conclusion we would need a little more detail.

We note they say ‘40,500 contacts’, which would suggest that normal day to day businesses calls such as someone simply calling to inform them of an error on their website could be included within this figure. The Motor Trade really needs to know how many calls were taken relating to the Motor Ombudsman’s accredited garages, what the nature of the calls and outcomes were.

The Motor Ombudsman claims that 99% of all new cars sold in the UK are covered by their code. Again, we would like to see proof and not just headline grabbing figures. Also, what about used cars?

We note the Chartered Trading Standards Institute have removed The Motor Ombudsman’s original count of 7500 subscribing businesses to their CTSI Consumer Codes Approval Scheme from their website, as it was believed to be incorrect. We now worry that as consumers are getting onboard with the concept of a Motor Ombudsman the Motor Trade is taking a different view.

The Motor Ombudsman claims to have 1000’s of accredited garages. However, their own garage finder only lists 2000, far fewer than they originally claimed. We have asked them on numerous occasions to confirm the official number of businesses currently subscribing to their code but sadly they are yet to respond.

It would be great to hear that the number of accredited garages have gone up and that they are receiving the same level of support from the Motor Trade as they are from the consumer and that their work is having a positive influence on your business. Then we too could celebrate their first-year of trading under their new name.

If you are or were an accredited garage and want to share your experience of The Motor Ombudsman, good or bad, we would love to hear from you. 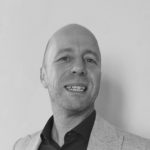