The importance of second chances

An employee of some 9 years of service was dismissed on the grounds of lack of capability to perform the job role due to an ongoing sickness.

A recent Employment Appeal Tribunal case Centrepoint Soho v Omaboe highlighted that some initial procedural discrepancies in dismissal can be rectified at the appeal stage.

An employee of some 9 years of service was dismissed on the grounds of lack of capability to perform the job role due to an ongoing sickness. The decision to dismiss was taken at a meeting, which the employee attended, but the employee was not warned that a possible outcome of that meeting would be her dismissal. A claim to the Employment Tribunal followed and the decision to dismiss was found procedurally unfair. As the employee had not been warned that the meeting would consider her dismissal, the correct procedure was not followed, which ultimately resulted in the adverse decision. The employee claimed that had she known of the potential dismissal, she would have presented further medical evidence that may have prevented her dismissal. The Employment Tribunal also ruled that the manner and timing of the dismissal also constituted discrimination arising out of the employee’s disability.

On appeal, the Employment Appeal Tribunal disagreed. The employee in fact was given an option to appeal her dismissal to her employer, which she did. The initial procedural breach was therefore cured by reason of the opportunity to appeal the initial decision. At the appeal, the employee did not submit any new medical evidence or indicative dates of return to work. The employer was correct to uphold the initial decision. 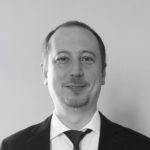